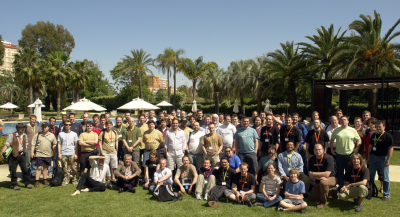 Well, its over. A trip to beautiful Seville which encompassed the Ubuntu Education Summit, the Ubucon Seville and the Ubuntu Developer Summit. It was an intense week and a half, and I am utterly shattered. It was well worth it though, well worth it.

Lots got done at the UDS in a number of different areas, and I want to list some of the bits and pieces achieved on the community side. I will try to note everything, but I am bound to have missed some bits and pieces out – there were so many conversations and discussions not only in the sessions but dotted around the corridors and bars. So, prepare for an orgasmic bullet-point explosion:

All in all a productive UDS, and lots got done. Let us also not forget the hugely important social side. It is important to get everyone together to renew their personal friendships and connect on a social level. It was particularly good to see Ken, Sladen, Melissa, Corey, Sulamita, Dennis, Mark S and Mark V d B, Soren, Marcel, Daniel, Ben, Robert, Colin, Scott, Richard, Alan and a bunch of others.