As many of you know, I rather like heavy music. In addition to being an avid listener, I am also a musician and take a number of influences in crafting my own music. One of the key musicians that has inspired me has been Chuck Billy from Testament – his combination of melodic singing ability and deep growl offered the perfect inspiration for my own music. When I started out taking singing seriously, I took singing lessons and at my first lesson brought along a cassette tape with Chuck singing, and said to my singing teacher “help me sing like that”.

I saw Testament a few times but never really got a chance to meet Chuck. He was always around after gigs, but I had to rush off or someone was picking me up. Then, he was diagnosed with germ cell seminoma, a form of Cancer and underwent chemotherapy which knocked him out of action. The metal world was worried about him and his future, but thankfully he made a full recovery. He continued to work with Testament and recently co-formed the Dublin Death Patrol, a band comprising of various thrash legends, most notably Steve Souza from Exodus, another one of my metal heroes.

Well, last night I went to see them play and finally one of life’s ambitions was satisfied: 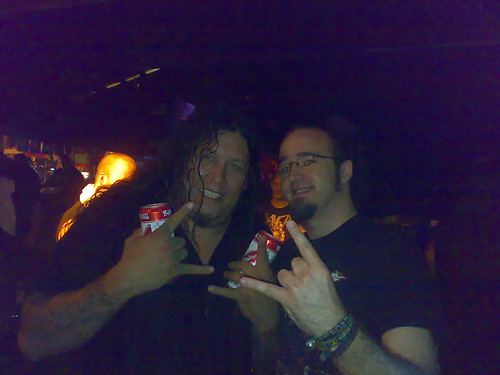 With the prior history with Chuck, I was worried I would never have got a chance to meet him. Happy is an understatement. 🙂

Not only that, I hooked up with Steve Souza as well: 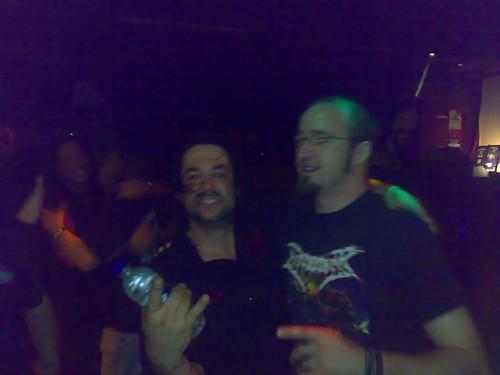