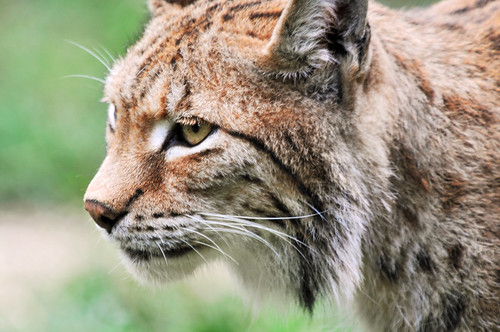 With Ubuntu 9.10 Alpha 6 now out the door and momentum building towards a rocking Karmic Koala release, it is time to name and share the direction and focus for the next step in the Ubuntu evolution that follows Karmic.

To do this I want to pass on some words from Mark Shuttleworth, the founder of the Ubuntu project:

Two years ago we announced the second LTS release, and what we hoped would become a standard practice of making LTS releases on a predictable two-year schedule, overlayed on our existing six-month schedule of desktop and server releases.

We are now giving a name to the next Ubuntu LTS: The Lucid Lynx.

Ubuntu 10.04 LTS will ship in April 2010 and is the culmination of significant work in Ubuntu, in Debian and across the free software ecosystem. LTS releases are maintained for five years on the server and three years on the desktop, so they are designed for those who are making larger deployments or who otherwise prefer to have a common platform for an extended period.

Lucid will continue our tradition of focusing an LTS on a quality, stable and consistent experience and will require a number of adjustments to the usual plan. Those are documented at http://wiki.ubuntu.com/LucidLynxSchedule, the Lucid Lynx release schedule. In summary, we will be more conservative in the new code we bring into Ubuntu during the development cycle, and we will run a longer test period. Our focus will be stabilisation and bug-fixing across the platform with additional refinements in quality in key areas such as user interface improvements, boot experience, browsing and installing the incredible catalogue of software available for Ubuntu, and continuing our tradition of best-of-breed hardware support. We will maintain the health and security of our lynx with point releases.

The Lynx is a predator that depends on very considered tactical positioning for success. It’s a small cat, which fits nicely with the lean nature of Ubuntu on both the desktop and the server. It’s stylish and sleek, the bow-tie-adorned James Bond of the feline set, so you can bet we’ll make sure it’s dressed for the occasion. The lynx likes to keep things in perspective, sticking to high ground. So do we. And it’s the national animal of Macedonia, a country that has deployed tens of thousands of Ubuntu desktops in schools.

Speed is an essential ingredient in the attack of a lynx, and speed remains our goal. We have improved the boot time in each of the releases during this era of Ubuntu, and expect to complete some of the major improvements required for 10 second booting with Lucid. Fully harnessing Upstart, in collaboration with Debian, will get us even closer to the goal.

Ubuntu 10.04 LTS will be a round dozen Ubuntu releases. 12 great cycles, from a great community that continues to devote itself to the goal of bringing the best stable free software to an audience of people who don’t think of themselves as computer specialists – and shouldn’t have to, either. It’s a wonderful privilege to be part of making it happen. That should put a tuft on your ears.

Image is by Tambako the Jaguar available here