With each release of Ubuntu we ship a package called example-content which provides some example video, audio, images and information that can help a new user get started exploring their Ubuntu system. In each cycle we like to use example-content as a means of showcasing a Video, Audio, and Photo/Graphic artist who releases their work under a free Creative Commons license.

A few months back I announced the opening of the competiition and we have had a tremendous collection of entries posted on the competition page. I want to say a huge thankyou to everyone who participating in the competition.

The final choices were made by our set of judges and finally by the Ubuntu Community Council. To see the content you will need to check out Karmic when it is released on the 29th October, but without any further ado let me introduce our incredible set of winners!

The video competition is always hard for entrants due to the limited amount of space available for video, but Eugenia pulled it out of the hat… 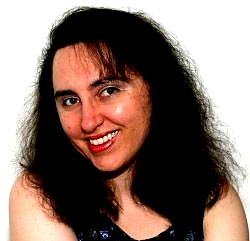 Eugenia Loli-Queru lives and works in California, an ex-developer who turned tech journalist and news-blogger, and later turned filmmaker. She served for 2 years at the now defunct BeNews (serving BeOS), then joined OSNews.com as an editor in chief, then kicked off GnomeFiles.org (GTK+ software repository), and then wrote for some printed European tech magazines. During that time she developed a unique system for mobile browser auto-detection and content serving. While Eugenia is not very active in technology anymore, videography has become her main role these days, mostly shooting music videos for local Bay Area rock artists. She is very active helping people online at various forums about their video editing problems.

“I believe that Ubuntu is the single most important desktop distro today. What I love about it is that most of the people behind it understand what it takes to create a distro that makes sense to common people. They understand the challenges, and they make progress on them with each release. For example, my main gripe with Linux as a filmmaker is that there’s not a single really useful video editor out there, and I know that many people in the Ubuntu team recognize this reality rather than reply things like “did you try this and that editor?” (sure I have ;-). Recognizing the problem is the first step to solve it. And I value this a lot”. 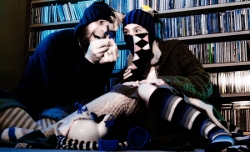 The duo of War-N Harrison & Christa Belle have been creating music as Hungry Lucy since 1998. Their intoxicating, multi-layered music and enchanting female vocals are at once unique and accessible. To date, Hungry Lucy have released 4 CDs, a DVD, a digital-only album and appeared on numerous compilation CDs internationally as well as touring the US several times over the past 5 years. In 2006, frustrated with the insane antics of the music industry, and inspired by the Open Source software movement, Hungry Lucy withdrew from the traditional music business and began releasing their music under a Creative Commons license.

As both and artist and interactive developer, Hungry Lucy’s composer/producer, Warren Harrison, has benefited greatly from Free and Open Source software. In addition to giving away code, making Hungry Lucy’s music available for free is simply a small way to give back to the community that spread the word of Hungry Lucy and provided the software to make it possible.

Finally, the Photo/Graphic submission was rocked by a well known Ubuntu and GNOME artist and contributor… 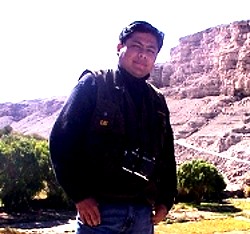 Daniel Galleguillos, I live in Chile (Antofagasta II Region) and teaching Operating Systems in a University. In his free time he enjoys photography and uses Linux. About 8 years ago in computer design he started to use the GIMP, Blender, Inkscape and decided to colaborate in Linux Art. Since 2004 he has contributed to art.gnome.org and in 2008 his art was selected in the GNOME Wallpaper Contest. Daniel also works in the GNOME Chilean Team and Ubuntu Chilean Art Team and has spoken about GNOME Art. In October he will participate in a 2009 Linux meeting talking about art (GNOME and Ubuntu) and The GNOME Day 2009 (Daniel designed the banner) giving a speech about GNOME Display Manager artwork. You can find Daniel IRC on Freenode as danielg in #ubuntu-cl, #ubuntu-artwork and on irc.gnome.org in #gnome-chile, #gnome-art and #gnome-hispano.