I am pleased to announce an early snapshot release of Lernid: a little program to make connecting to Ubuntu learning events simple. Lernid is still very much in development, and still needs lots of work before it is ready for our next event, but I have had people badgering me for a package, so here it is. 🙂

You can get it from my PPA by running the following commands:

This release fixes a bunch of bugs, includes some further layout improvements, and completes the plumbing on the first-cut of the Telepathy driven classroom IRC pane. Lernid has been translated into 27 languages, but we currently have a bug in displaying them. This should be fixed in the next release. 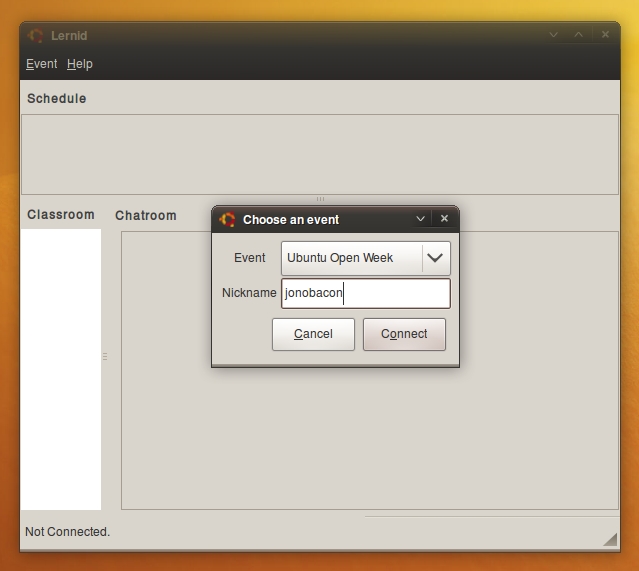 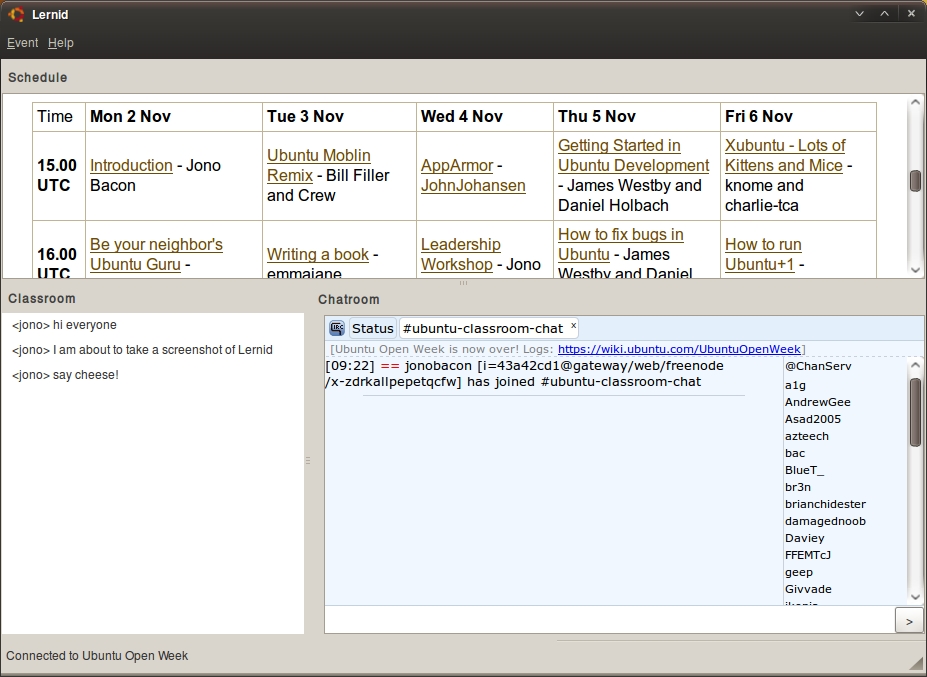