Yesterday a package arrived on my doorstep. Not just a package, but a big one, and I had not ordered anything that big to be delivered. Lo and behold, said package had my name on it and the sticker said it was from Pete Graner, who is my colleague at Canonical leading the kernel team. As many of you will know, he is one half of the Open Source Posh and Becks that is him and his awesome wife, Amber Graner.

So, I opened the box and to my utter astonishment I found an array of items all packed inside a patriotic hamper basket: 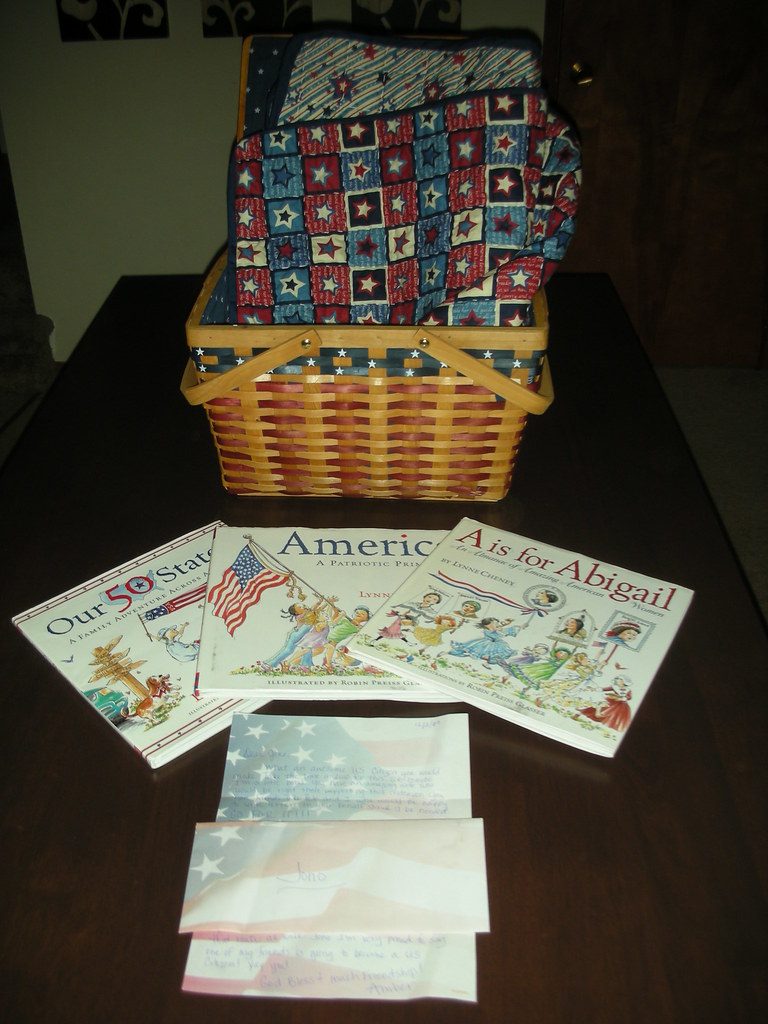 The box contains a quilt that Amber made with three books chronicling parts of the history of the United States. Laid on the top of the box was an awesome envelope with stars and stripes (even the envelope kept in with the theme) with my name written on it. Inside was a beautifully written letter saying some rather nice things about how I should apply for US Citizenship when I can, and how the things inside the box should help with this.

I was incredibly touched by this gesture from Amber and Pete. It is quite possibly the most thoughtful thing anyone has ever done for me, and I want to offer my heartfelt thanks to both of them. I first met Pete at a managers sprint in London and from the minute we got to know each other, I knew I had just made a lifelong friend. Little did I realize that when I met his wife, that I would get another. Thanks folks, you are both incredible. 🙂