Lernid 0.3 Brings The Rock And Roll 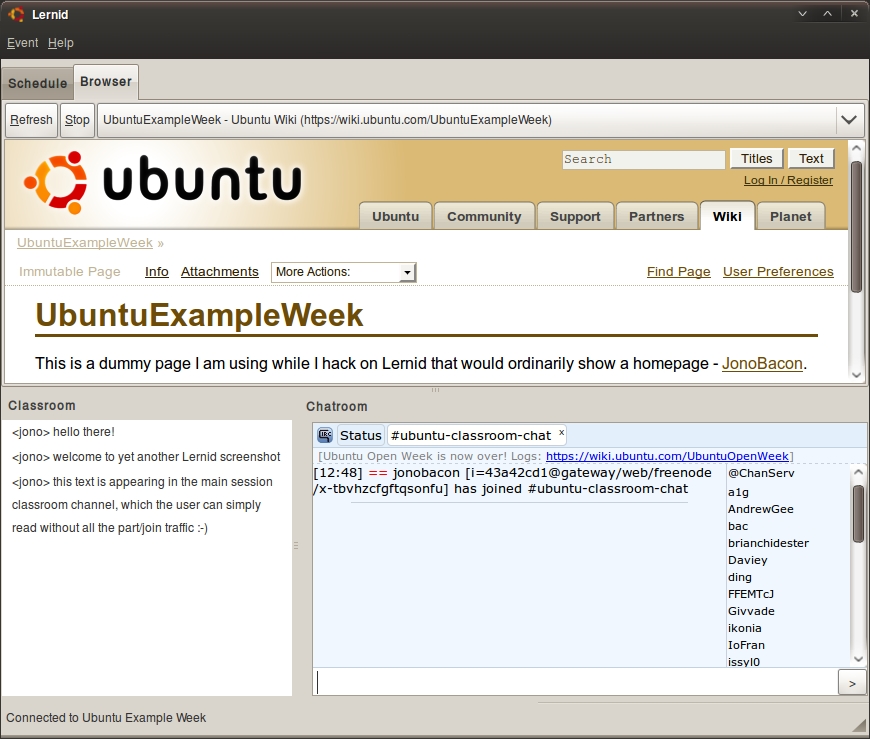 Today I kicked out a new release of Lernid – Lernid 0.3. This release packs in some juicy new features and bug fixes, and we are edging closer to Lernid 1.0 ready for our next major learning event: Ubuntu Developer Week.

Thanks to David Planella, Lucian Adrian Grijincu, and Andrew Higginson for contributions to this release.

Also, Lernid is built using the Quickly framework, and if it were not for this awesome tool, I doubt I would have ever started hacking on Lernid. If you have ideas for cool desktop applications and have an affinity with Python, you should give it a whirl. More information about Quickly and links to the always wonderful Didier Roche’s tutorial is here.

Lernid is still very much in development. This 0.3 release is still considered a pre-release and not final. This release is considered a more stable release in our scheme of pre-releases though. You can get it from my PPA. Simple issue the following commands:

(Right now Lernid 0.3 is still building, so there may be a delay until it is available to you)

This will deliver each new release of Lernid directly to your desktop in Update Manager updates.

If you would like to play with the crack-of-the-day, the always awesome Nathan Handler has set up a daily builds PPA. You can add it with: