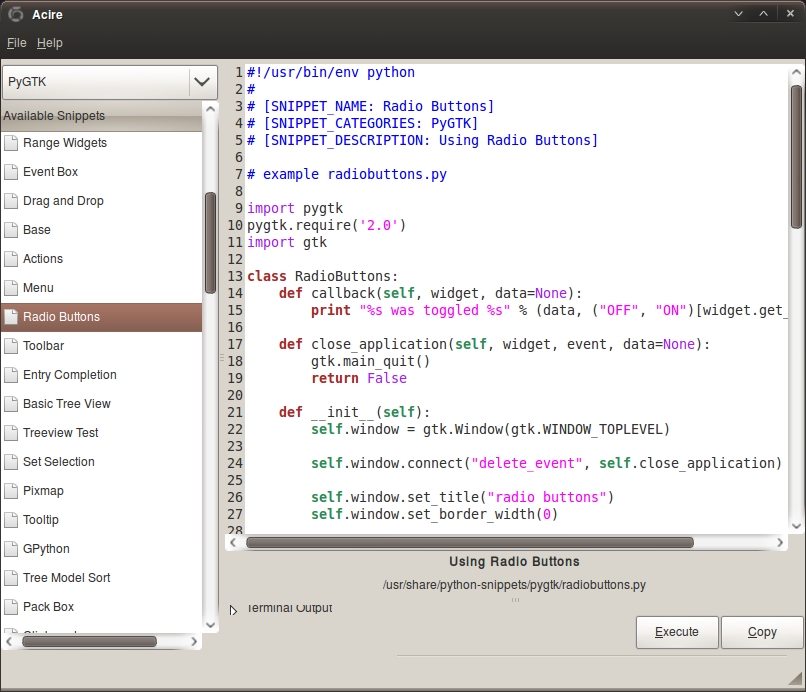 I am pleased to announce the second release of my little project to browse, read, run and learn from a library of Python examples. This release brings us:

You can grab it from the Acire PPA by running these simple commands:

UPDATE: It turns out we had a few dependencies missing. You can fix this with:

We will get the packaged fixed soon, but this will get you up and running. Thanks for the feedback, folks!