In the continued mission to inspire and encourage opportunistic developers to write cool little apps that scratch an itch, no matter how specific and niche, I have started work on App Of Jaq: a desktop app that scratches my itch to build the Shot Of Jaq experience right into the desktop. The first cut of the app will:

Let’s take a look at a couple of screenshots: 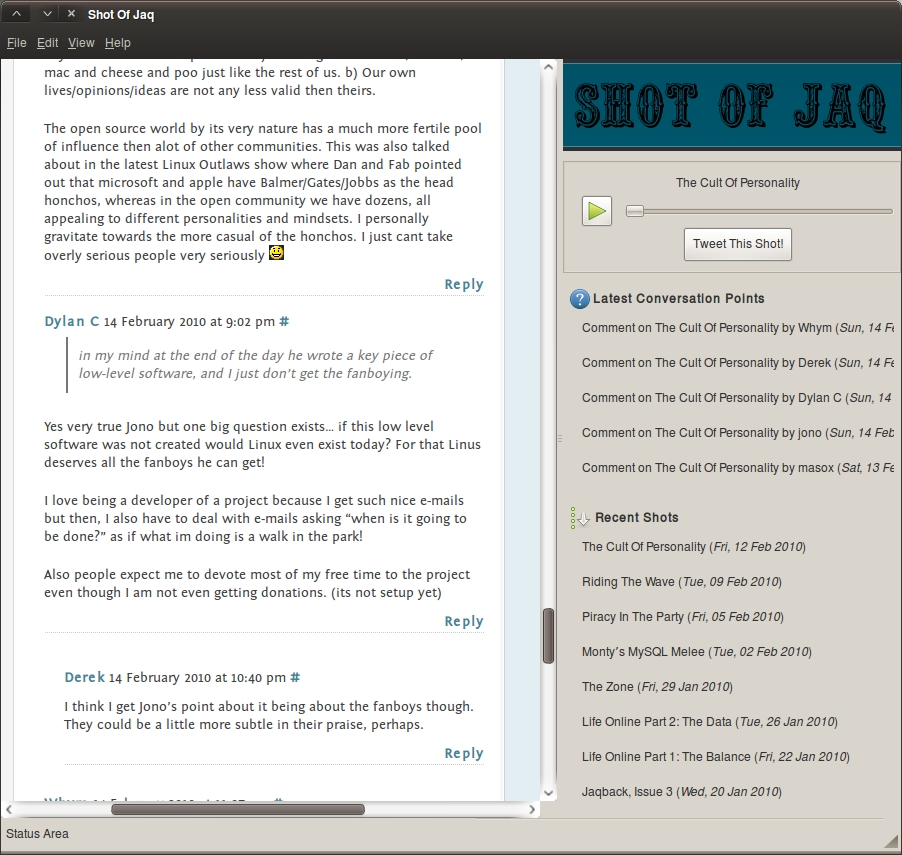 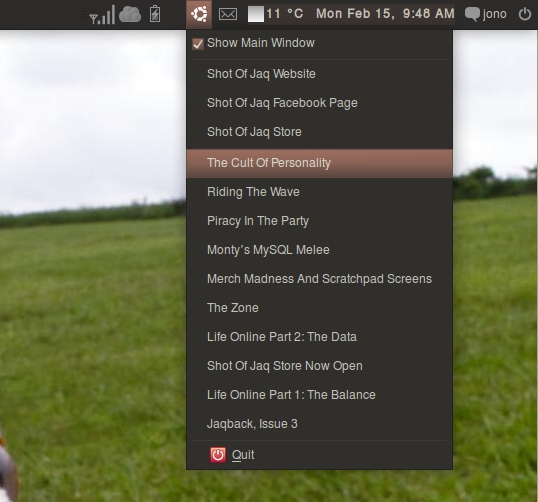 The application indicator: I don’t have the Shot Of Jaq icons yet, so I used the distributor-logo (hence the Ubuntu logo).

I am still working on the first release but hope to have it ready in the next few weeks and added to a PPA. Ultimately, I am keen to replace the web view of the comments and have a native GTK-driven commenting interface, bypassing the website entirely. I am also keen to build our new Shot Of Jaq karma system into the desktop app too. I am going to leave these features for the second release though.