I just wanted to summarize some fun opportunistic developer things going on over the next few weeks. all of these events provide a great opportunity to get started having fun making awesome apps that you can share with others. 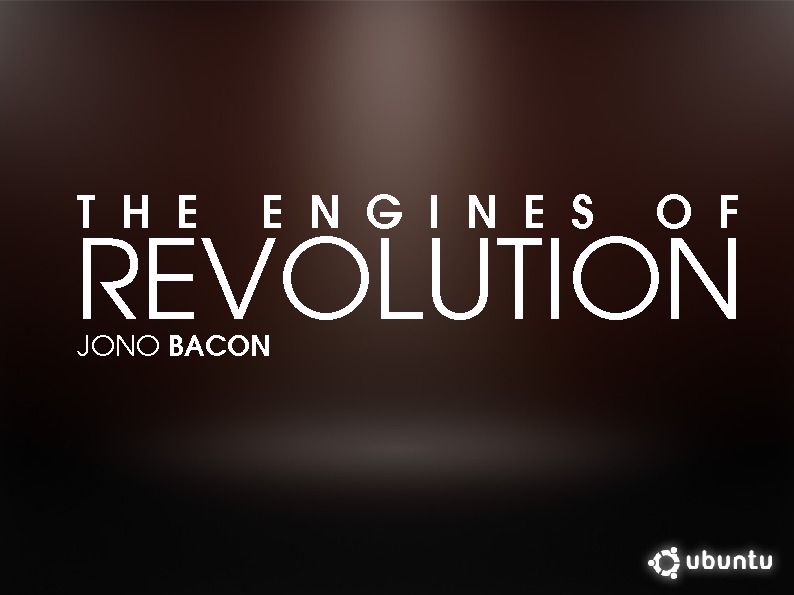 On Wednesday 24th Feb at 11am / 2pm EST / 7pm UTC/GMT I will be giving the talk that I delivered this past weekend at SCALE in LA in which I talk about the work going on in the Ubuntu community to embrace Opportunistic Developers in writing awesome free software apps. If you are curious about all this blathering about opportunistic developers from me, be sure to tune in and check it out. Tune in here.

A few weeks ago I announced the plan to put together Ubuntu Opportunistic Developer Week: a week of IRC tuition sessions aimed at helping opportunistic developers scratch their itches and write fun and useful programs using our awesome platform. The week takes place from 1st – 6th March 2010.

The response so far to the call for sessions has been fantastic, and we already have the following sessions scheduled, all visible from the timetable for the week:

Each of these sessions is designed to give you a taste of the topic and get you up and running, enough to be productive and start exploring the features of the tool being discussed. In addition to this we will have a series of showcase sessions:

These sessions explain the story behind the app: talking about which tools, modules and technology that was used to put these apps together and what challenges were solved. This is a great way to learn more about tools available for opportunistic developers so that when you need to do something, you know which tool to reach out for.

All of this awesome content is best experienced using Lernid. Expect a new Lernid packaged and ready for the week of opportunistic goodness. If you would prefer to use a normal IRC client, just join #ubuntu-classroom and #ubuntu-classroom-chat to join in the fun. 🙂

This is a great way of getting your opportunistic development kickstarted!

Rock and opportunistic roll, my friends. 🙂

With an awesome week of opportunistic developer learning ahead of us, I was keen to put together some sessions where you good folks can just hack on fun projects in the same room, ask each other questions and more. As such, at the end of each Opportunistic Developer Week day, there will be a a series of parties. These include:

This is an awesome opportunity to get together and make something fun. So, I have a challenge for you good folks: before we start next week, think of a fun app to focus on writing next week. Pick something that will do something useful for you and something not too large and comprehensive (e.g. don’t pick a word processor or spreadsheet!).

The Place To Be: #ubuntu-app-devel

As part of building an awesome community and platform for opportunistic developers, I created #ubuntu-app-devel on Freenode and we have a great group of enthusiastic developers in there who can answer your questions and help you get started. Join us and join in hte fun!