As many of you will be aware, this week Ubuntu Opportunistic Developer Week took part, and the week has been wonderful so far. There has been so much excitement and interest, and I have been tickled pink at just how many people have been telling me that the week has re-invigorated their interest or given them a new passion for writing fun and useful apps. Ubuntu is an awesome platform for making these apps, and it has been a real pleasure to see people getting so fired up about using it. 🙂

Before the week kicked off, I offered a fun little challenge called The Grand App Writing Challenge. With a week of rocking content ahead designed to help build a fun and thriving community who like to write apps that scratch their itches, I put forward the challenge for you good people to write some apps and see how far you get this week, and I will blog your progress at the end of the week. Well, while we still have a few sessions yet to go, it is Friday and I was keen to show off some progress!

With which, I present the wonderful submissions from some of our attendees this week! 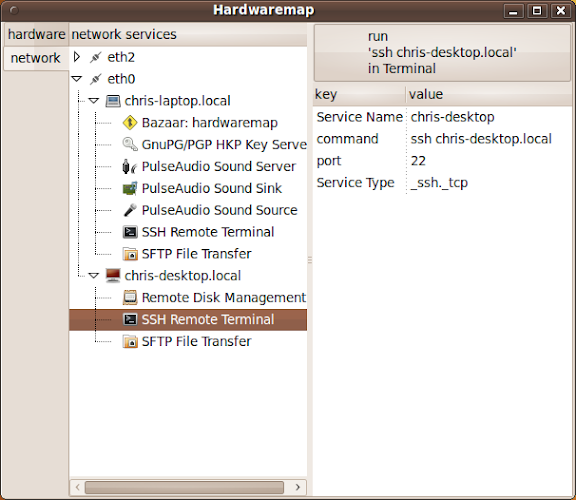 Chris Couzens wrote in and shared his project HardwareMap:

My program is called HardwareMap. It lists computers and services on the local network (Avahi) and hardware connected to your computer (HAL). When you click a device, it tells you properties of the device and lets you perform common actions for that device. For example, an ftp share has a button to open in Nautilus, a webcam has a button to open in Cheese and an inline preview of the webcam.

Andy Breiner writes in about Blogite

I created a python program called Blogite. It is suppose to be similar to Gwibber but for RSS feeds. It pulls in the RSS feeds, but I need a better way of displaying the feeds. I want to add categories so rss feeds can be easily separated and shown. It is still slightly rough around the edges. I also want to add pictures so it can show the picture right next to the post similar to Gwibber.

Fantastic! This looks like it has bags of potential! 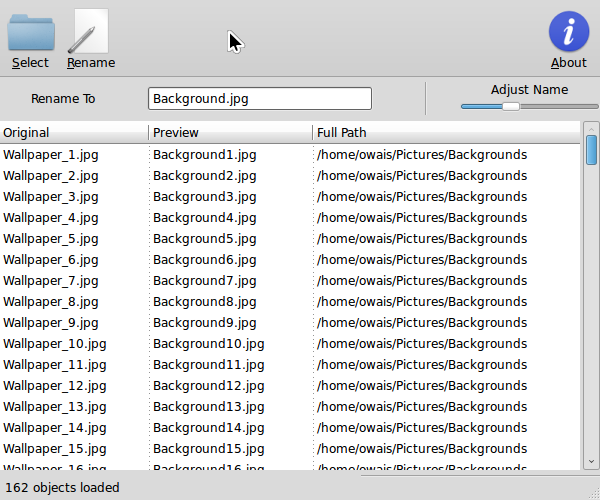 Owais Lone wrote in to share an application which can be described pretty easily:

A simple Batch Renamer; That’s it. Even having a screenshot of my app on [email protected] would be something I’ll cheer about for a couple of months at least.

Owais made great progress this week, so check out the project!

Martin Eve writes in with his first app, in the form of sshsplit:

I recently saw your Great App Writing contest post and decided, over the weekend, to knock something up. This is my first effort at using Python, having previously had quite a lot of experience in C# and .NET. My program is called sshsplit. It multiplexes ssh dynamic tunnels. An example perhaps serves better. Normally you would: ssh -D 54321 remote-host – to get a tunnel on 127.0.0.1:54321 that goes through remote-host. However, if you are using a network-resource-intensive application (torrent clients for example), this single tunnel will not suffice for, say, 1000 concurrent connections. sshsplit launches several instances of the ssh dynamic tunnel and then load balances between them. If no arguments are passed, sshsplit launches the configuration GUI. Otherwise, for help, run: sshsplit -h. sshsplit can also be configured to use any binary you would like

Great work, Martin! It looks like you made fantastic progress!

Bernard Opic writes in with his very first app too: Anirudh writes in with another fun and useful app in the form of *Splatter:

I’m an (opportunistic 🙂 ) student developer, and wanted a better way to collaborate on bugs and watch issues on some of my favorite projects. However I hated having to go through bugzilla’s overwhelmingly complex interface just to check up for new comments and changes. If I turned on email notification I’d be hit with a barrage of emails which I’m not too fond of. I felt it was time for things to change. So over the past one and a half weeks, I wrote Splatter – a gnome app to keep track of bugs. It evolved from a very simple concept of being a frontend to a bugtracker to becoming a tool for collaboration on tasks with fellow developers.

Andrew Sellers shares with us his work on Ain’t Easy:

For those of us currently deluged with work, stretching from one week to another, or simply those who work on many different things, tracking down when an event is happening in nigh impossible. Not just that, sometimes goals will simply get buried under a mass of other projects. It just ain’t easy to keep up with all of it. Some things aren’t fit for a calendar, while others just don’t work well with to-do lists. Finally sometimes you have to associate text or documents with an event, how are you going to do that? That’s where Ain’t Easy comes in. Straight from Alabama, this application will take as many goals or projects as you can throw at it, throw your links and text at it, it’ll just save it and let you launch it a simple double-click of the mouse.

In my original blog post I offered to send three of the projects an Ubuntu t-shirt. I was going to pick three fave projects, but I think all the submissions are great, so I going to send you all a t-shirt. Thanks all for taking part!