One of the most wonderful things about Open Source and collaborative community is that every community member participates in a commons; a shared area of community real-estate in which we can all contribute.

As an example, with most small Open Source software projects, the commons is the code-base, the website, documentation, IRC channel, mailing list etc. Within that project’s commons people can contribute in different ways, such as writing code, fixing bugs, updating the website, creating documentation, providing support etc.

Importantly, for the community to succeed, the commons needs to feel shared and accessible and that the community can contribute and bring value.

Ubuntu itself has a rather large commons: 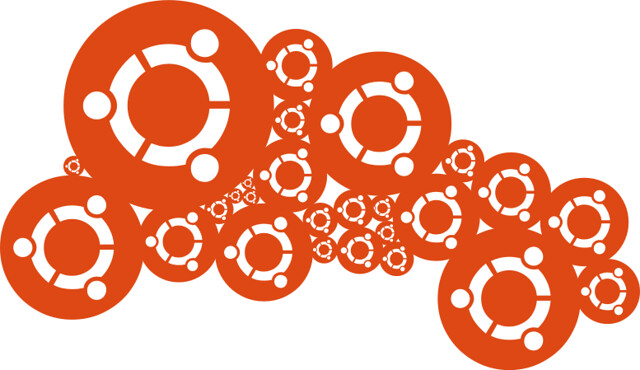 Unlike a single small software project, Ubuntu is really a collection of projects and teams that each share the Ubuntu ethos. While the above image is just an illustration (it doesn’t show real data), it provides a good visualization of how the Ubuntu commons (this collection of teams) fits together — each circle represents a different team and the piece of the commons that they maintain.

As an example, the largest circle could be MOTU and the universe archive, and the smallest circle could be a LoCo team based in a rural part of a country and it’s website, mailing list, and IRC channel. While these two examples vary in their size and focus, they are both important pieces of the Ubuntu commons and both bring value to Ubuntu and our users.

Like some other Open Source communities such as Mozilla, Fedora, and OpenStack, Ubuntu has a significant commercial investor — in our case Canonical. Canonical invests in a variety of areas in Ubuntu including engineering, testing and certification, business development, corporate deployments, legal services, and more.

In some of these positions Canonical staff contribute work that interfaces clearly with our community (e.g. engineering) but other Canonical staff also contribute to areas that are traditionally of little interest or infeasible for our community to work on (e.g. certification, corporate development, government tenders, trademarks management etc). I think few would argue against the general benefits to Ubuntu that Canonical brings with this financial support.

In recent times we have made some bold and controversial decisions in the Ubuntu project, but the culture and history of Ubuntu making opinionated decisions is nothing new.

Ubuntu was one of the first distributions to make firm decisions about what software and configurations we shipped in the ISO (as opposed to the common trend at the time of shipping multiple solutions on the discs (e.g. multiple text editors)). It was these decisions that attracted me personally to Ubuntu; it brings focus and builds a better product.

Opinionated decisions are fine though, under the premise that the commons can succeed under the requirements outlined above that it needs to feel shared and accessible and that the community can contribute and bring value.

Of course, with opinionated decisions comes opinionated reactions and commentary. This opinion, so long as it is respectful, is also wonderful and gives us a great feel for the perspectives of our user-base. Unfortunately I think some of this discussion has also presented a view of the commons that does not really represent the Ubuntu commons fairly.

As an example, there has been criticism that contributing and participating in Unity’s design has been difficult at best. I think many of these criticisms are valid (and there has been some good work going on to help rectify this), but some of this criticism has been communicated out as Canonical enforcing it’s will on Ubuntu.

I am not going to to deny that Canonical has a strong editorial influence on Ubuntu…it does…and every one of you good peeps will have your own opinion on those decisions and whether they make sense, but while Canonical influences the project, it never stops people from contributing openly in the Ubuntu commons.

In other words, while Canonical may invest in certain software (e.g. Unity, Ubuntu Software Center, Thunderbird integration, JuJu etc), this investment never prevents our community from contributing to those areas or other parts of the commons.

The key point here (and as I blogged about recently) is that Ubuntu is much more than our default installation, and the open nature of our commons fosters an environment in which everyone is welcome to a variety of different Ubuntu experiences better.

As an example, I personally prefer Banshee to Rhythmbox, and Evolution to Thunderbird. I also use Inkscape, GIMP, Blender, and Chromium. These tools are not shipped by default in Ubuntu, but that doesn’t make them feel any less Ubuntu. they still integrate nicely into my Ubuntu experience, and the visibility and ease of installing these tools has never been better. It is our many community contributors who make these experiences so pleasurable in Ubuntu, each contributing to the wider commons.

This is one of the reasons I am so proud to see other derivative distributions (e.g. Kubuntu, Xubuntu, Lubuntu, Ubuntu Studio) doing their work; they provide entirely different experiences to the default Ubuntu install, but the shared work in the Ubuntu commons means they can build upon work elsewhere in the commons and vice-versa.

As Ubuntu has grown in popularity over the years, everything that we do is observed, judged, and reviewed by a global community of users, press, and curious on-lookers. We are standing at the forefront of a tremendous opportunity to take Free Software to more people, and bring technological freedom and opportunity to everyone.

The goal of this post was simply to focus on two core attributes in the Ubuntu commons:

For us to achieve these goals, and for us to get to 200 million users, we need everyone to bring their expertise, time, and excitement to Ubuntu, and to join us on this journey and to make it is simple and effective to participate as possible.

This is why the Ubuntu commons is so valuable; there is an opportunity for each one of you, wherever you read this, and whatever your skills, to find a part of the commons where you can help. If you want to help and don’t know how to get started, feel free to leave a comment and we will get you on your journey.