Behind The Canonical Community Team 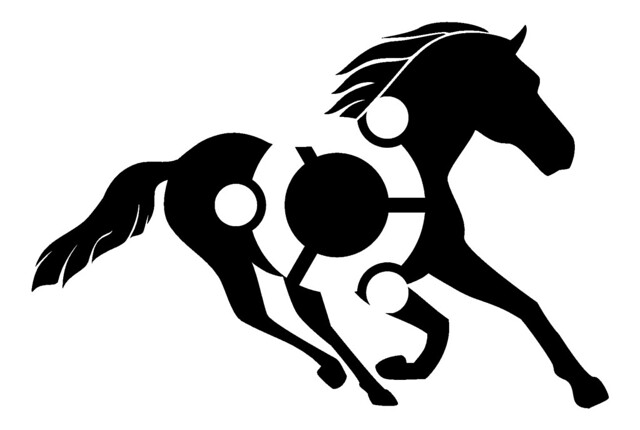 Our logo: a collection of horse parts creepily arranged to form an Ubuntu logo.

One of the topics that we discussed at the recent Ubuntu Developer Summit in Orlando was how my team, the Canonical Community Team at Canonical, can best serve our community. The team’s mandate is to build a fun, productive, and worthwhile community in which everyone can participate and help to make Ubuntu successful.

One realization over the last few weeks is that the team has changed quite a bit over the years and it could be useful to provide some background on how the team works, what we work on, what we don’t work on, and how you folks can interact with us.

Things were quite different when I first joined Canonical. There was no community team, just me, and back then I reported directly to Mark Shuttleworth. Mark used to like new starters to report directly to him for those roles he had a personal interest in with the intention of moving them over later to report to someone else when he was comfortable that things were running smoothly.

A little while into working at Canonical Mark asked me to move over to join the Ubuntu Engineering Management team and report to Matt Zimmerman, our CTO (who has since moved on to work at Singly).

Since then things have transitioned from the team being just me and myself to a team of community coordinators who I manage. As such, the nature of my role has changed over the years from being purely community-facing to now managing a team who work closely with the community too.

I am now going to spin through each member of the team and summarize what they do and how their role has adjusted and developed over time. 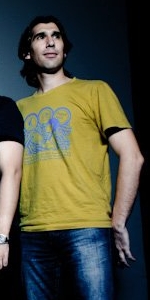 David was originally hired to work exclusively on translations. His role was created out of a need for the OEM team to deliver quality translations to customers, but it was felt that we could expand this position sufficiently to help build growth and support for our large community of translators. David was a natural fit for the position with his experience in the translations community.

In the Oneiric cycle I asked David to expand his focus and work on the application developer side of Ubuntu, which he was happy to do so. Since then he has worked with the UX and Web teams at Canonical to put together the IA, design, and user testing for developer.ubuntu.com, with wonderful results.

His work is now continuing to grow a community of app developers and a community that can provide support and guidance around delivering apps on Ubuntu. He is still involved in translations but this is reduced somewhat. David also organizes the Ubuntu App Developer IRC training event in each cycle. 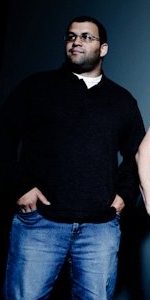 As Unity development continued, I asked Jorge to also focus on growing a community who would participate actively in Unity itself. He worked closely with the DX team to help get things in place whereby developers could contribute to the Unity code base.

Towards the end of the last cycle I asked Jorge to spend more time working with the Juju team and to go out to some events to evangelize Ubuntu cloud technology. This was a good fit and Jorge’s role has now changed to working with and growing the Ubuntu Cloud community full-time, with a particular focus on Juju and growing a community of Juju charmers.

In addition to this Jorge works on parts on parts of UDS, but these responsibilities will be moving over to Michael in the next cycle. 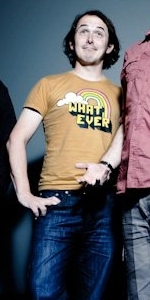 Ubuntu Developer Relations
Based in Germany.
Creates awesome mix tapes and hates it when Jono and Jorge talk about Megadeth.
dholbach on IRC.
Email Daniel.

Daniel was the first horseman to join the team shortly after it was formed, transitioning over from the Ubuntu distro team. Daniel has always worked and focused on growing our developer community…specifically those who participate as MOTU and Core Devs. Daniel has a long heritage of working with developers in the Ubuntu community.

Daniel has also worked on projects such as Harvest, 5-A-Day, Ubuntu Developer Week, and the Hall Of Fame, and in the last cycle I asked him to spend some time working on the UDS sponsorship process.

Daniel is also our go-to-guy for constructing the graphs and metrics that I use to track the work of the team to help them be successful. Daniel also works actively with many of our governance boards, and in particular with the Community Council.

Michael has contributed for a long time to the Ubuntu community and contributed to many web projects, including loco.ubuntu.com and summit.ubuntu.com. He was hired by the Canonical Internal Systems Development group as a web developer.

Michael will be transitioning over to join the team in January and will be taking over Jorge’s previous role with a strong focus on upstreams, and in particular Ubuntu upstreams such as Unity.

I am currently recruiting for a QA Community Coordinator. Be sure to get in touch if you have a solid QA and community background. 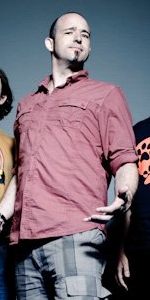 Ubuntu Community Manager
Based in California, USA.
Likes to rock and roll.
jono on IRC.
Email Me.

My role has changed and diversified quite a bit since I started. These days my responsibilities are not just to ensure I am doing a good job in serving the community, but to also help and support my team to serve the community well too and be successful in their work.

This involves ensuring the guys are happy, that they know what they need to do, are meeting various stakeholder and community expectations, helping them to plan out and accomplish their goals, unblocking issues, communicating their accomplishments up the chain, and ensuring their Canonical experience and skills grow and expand with further opportunities.

I work to identify where we should be building our community strategy and growth, and which areas of the community need support and focus from Canonical, from the team, and other resources.

While my role has evolved over the years, I am passionate about working with our community, but I try to focus much of my efforts on the areas outside of the areas satisfied by the guys in the team. This includes working with our governance boards and leaders, the LoCo community, accessibility team and other areas, and handling conflict when it occurs. I also try to summarize progress and growth from the team in blog entries and on social media.

Finally, I spend time helping other Canonical teams, particularly newer teams, to work transparently and with the community as the company scales up. This also involves supporting other parts of the company, such as transitioning best practice between some teams and supporting new leaders when they join us.

While we are talking about what the team does, let me now explain how the team works together.

One piece of feedback we got shortly before the Ubuntu Developer Summit was a desire to see how the team functions more. As such, we have shifted our team meetings to be public IRC meetings.

These happen every Tuesday at 8am Pacific / 11am Eastern / 4pm UK / 5pm Europe in the #ubuntu-community-team channel on the freenode IRC network. You are all welcome to join the meetings and participate! 🙂

Outside of our public meeting, I have weekly 1-on-1 calls with each member of the team.

Where We Do Our Work

We spend all of our time on IRC in the #ubuntu-community-team channel, and you are all welcome to get in touch with us whenever you need to.

Yesterday I published our 12.04 team goals and you can keep up to date with the progress on these goals here.

You can also keep up to date with our work as we blog it on Planet Ubuntu and I do a weekly Q+A videocast every Wednesday at 12pm Pacific / 3pm Eastern / 8pm UK / 9pm Europe – you can watch it here.