Last week we released the 0.2 release of Ubuntu Accomplishments. As is typical with a new release, as soon as it comes out and you are busy with the post-release bits and pieces, the rest of your life grabs you by the scruff of your neck too. This has been a hectic week to say the least.

I just wanted to report on something I think is pretty cool.

Below is a graph of the number of new users over time: 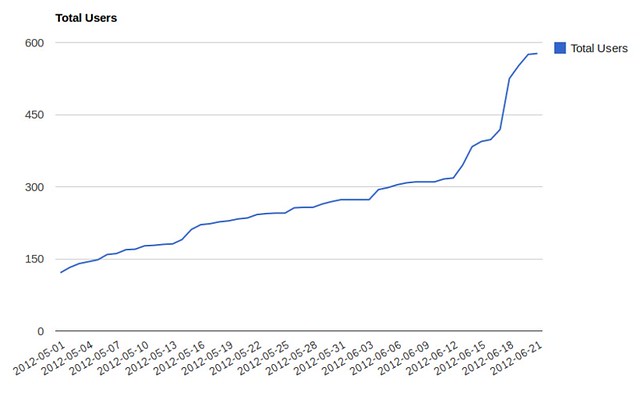 …and here is a graph of the number of trophies awarded over time: 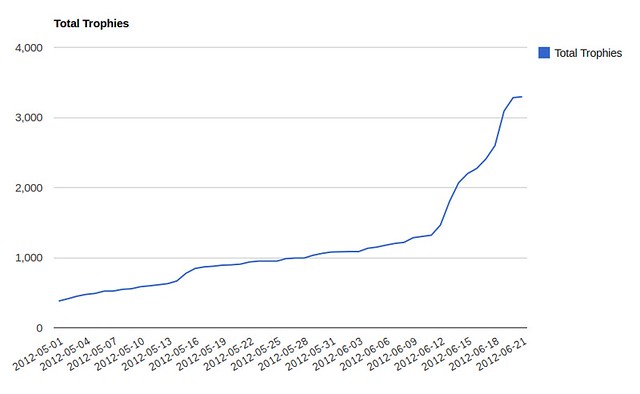 It is great to see some hockey sticks in there: obviously the hockey stick head is where the new release came out. With this only being our second release, it still being an early 0.2 version, and not a tremendous amount of publicity behind it (just a bit of social media here and there), I am really proud of how many of you decided to give the system a try.

Fortunately, we have had relatively few bugs reported too; and we are getting on top of these bugs and planning for the 0.3 release.

So what can you expect in 0.3? This release is going to continue our focus on getting more and more coverage of community and desktop accomplishments, and we are also hoping to have a web interface to your accomplishments so you can show them off to your friends. Here is an early screenshot of this work in action: 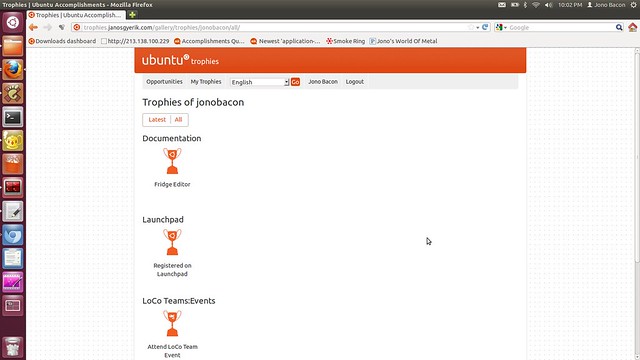 This is a very early first cut, but the web gallery team are making tremendous progress.

We also want to continue to tighten up the reliability and performance of the system and ease the ability for application developers to add support for accomplishments to their apps.

Stay tuned for more details of 0.3 plans soon. If you want to help out, be sure to join us in #ubuntu-accomplishments on freenode and on our mailing list.