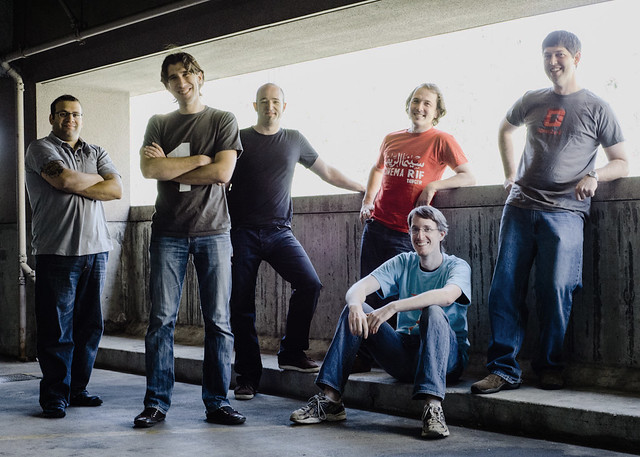 I am delighted to announce that at the end of this period we each raised the following for our charities:

Thank-you to everyone who donated, many of whom donated to multiple horsemen; your generosity is hugely appreciated, not just by us, but also by the many people, families, and neighborhoods that will benefit from your contributions.

Throughout our 24 hours online we were joined by many people for interviews and discussions. Thanks to Stuart Langridge, Gema Gomez, Daviey Walker, Carlos de-Avillez, Chuck Short, Joey-Elijah Sneddon, Laura Czajkowski, Alan Pope, Rick Spencer, Marco Ceppi, Clint Byrum, Ted Gould, Martin Pitt, Mark Shuttleworth, and Didier Roché. Thanks also to everyone in the IRC channel and on Twitter who stayed up to support the marathon and watch the discussions, interviews, see us coordinate projects and UDS work, joke around with each other, and even cook and barbecue together. It was a blast!

Finally, of course, I want to thank Daniel Holbach, Jorge Castro, David Planella, Nicholas Skaggs and Michael Hall for agreeing to take a full 24 hours out of their life, away from their families, and outside of their comfortable beds to take part in this madness. Spending 24 hours with the same five other somewhat-sleep-deprived people could be a recipe for frustration, but I think I speak for everyone in that it was simply a pleasure to spend time together as a team and as friends. I feel blessed to work with such a talented, hard-working, and friendly team, and the last 24 hours was another reminder of why I feel so fortunate to have such a wonderful job and with such a rocking team.

And with that written up…I am going to bed. Night all!