A few weeks ago we announced the Ubuntu Carrier Advisory Group (CAG). The CAG is designed to provide a place where carriers can help influence the development and requirements of Ubuntu for smartphones.

I just wanted to follow up with a few CAG-related updates.

Firstly, we are pleased to announce two new carriers that have joined the CAG.

“Ubuntu is an important option for Indonesia because it offers an attractive, flexible and differentiating solution for smartphones”.

Today we followed up with another carrier in the form of China Unicom; one of the world’s largest mobile operators, with nearly 300 million mobile subscribers.

“Ubuntu can be an exciting new platform for the Chinese market, offering a brand new user experience that balances user simplicity with operator requirements”.

We are delighted to welcome both PT Smartfren Telecom and China Unicom to the CAG! We also have some other carriers to announce, including a large US carrier; more details on that soon.

When it comes to mobile devices, there’s a thin line between differentiation and fragmentation. Differentiation is enabling phone manufacturers and carriers to put their own stamp not just on the outside of the phone but also on the inside. To stand out against the competition in today’s market, manufacturers and carriers must go beyond the phone hardware itself and provide value-added services such as music and video content to the user.

Victor Palau, VP, Phone & Hyperscale Delivery at Canonical wrote an excellent piece on this topic called Differentiation Without Fragmentation and talks about the areas in which Ubuntu Phone can be given a unique brand and identity via theming, default applications and content, pre-defined launcher applications, and connecting backend content to default Ubuntu front-end applications. 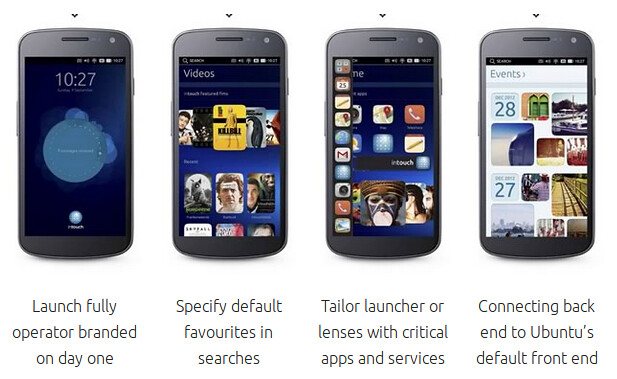 A core method of differentiating is at the content level with music, video, applications, services, and other material. This is where our powerful scopes technology comes in, providing a way of delivering content to users, front and center, with a consistent experience…all while avoiding fragmentation.

For those of you who are interested in writing a scope to expose content and services to Ubuntu devices, see an overview of the technology, our tutorial for writing a scope, our growing cookbook with common scopes-related questions.