I don’t normally write posts about issues with organizations, but as I mention later in this article, there wasn’t a good avenue to share this with Target, so I am sharing it here so Target (as well as other consumers) can be aware of some of these issues. 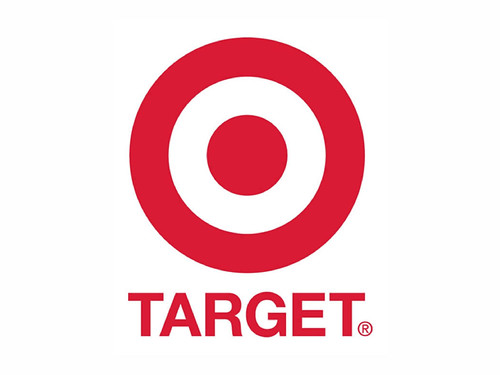 I like Target. They are generally a pretty good organization, and my wife and I often shop there. They usually stock good products at reasonable prices, and I have been a happy customer for many years. Recently though their good reputation has been tarnished in my eyes.

Recently I have been wanting to buy a Playstation 4 for the holidays. Now the PS4 is a hotly sought-after item, and given the lack of inventory I was delighted to see that stock was available to order on the 29th November on Target.com. I entered my credit card details in rapid fire and bought my PS4 Console + Controller bundle. This was not a pre-order, this was a regular order and I was provided with an estimated delivery date from 9 – 11 Dec. That was workable.

This morning I received an email saying the order has been delayed and now the estimated arrived is 24th Dec – 13th Jan. This is not workable.

Curious to see what the local stock situation was, I called every Target store in my local area. The Target in my local town told me they had 8 consoles in stock yesterday, and I called five other branches, each of which also had limited stock this week. All of this stock was sold quickly to general customers.

With this information my natural conclusion was: how is that I have a PS4 ordered since the 29th Nov which has been delayed until after Christmas, yet stock is made readily available to the general public locally to me (who have not already placed an order and paid for an item)? Why is my existing order not being honored before further stock is made generally available?

To resolve this I called the Target customer care line with a simple request: to have one unit of the next available local inventory be reserved for me. This seems reasonable; I have already ordered the item, and I am happy to drive over and pick it up.

In the subsequent hour, and despite always remaining polite and courteous with my request, I was hung-up on three times, one of which was by a supervisor. When I called back to speak to the supervisor I was told that no-one by that name was a supervisor (which would suggest that the person was not actually in a position of responsibility). I was placed on hold yet again and I asked to speak to the most senior ranking member of the team, who while very polite, was unable to provide any solution to the problem.

It turns out there are two causes of this problem.

Firstly, I was informed by the first supervisor that Target.com will knowingly take orders for items even though stock might not be available. Apparently if any stock exists in the warehouse at that time, multiple orders can be taken. So for the sake of example, there may be one PS4 in stock, but they may accept ten orders. He acknowledged this was a problem with Target.com.

This is unacceptable, and particularly unacceptable for highly sought-after items such as the PS4 (with potential inventory delays) around a high-demand season such as Christmas. If you want to take orders for future stock, fine, do that, but call it a pre-order like everyone else…this sets expectations clearly around delivery; again, delivery estimates are important around the holiday season.

Secondly, and as was repeated to me a number of times, Target Stores and Target.com are two entirely different organizations within the wider Target umbrella. I was assured that there is simply no way at all for Target.com to reach out to Target stores and reserve an item. It seems that the two sides of the organization are entirely fire-walled from each other.

I understand why the organization is segmented this way, but as a consumer I don’t distinguish between Target stores and Target.com…I am buying from Target. As such, there really needs to be some cross-organizational problem-solving capability.

I try to be a constructive person, and I felt like this would be good feedback to provide to Target…as I say, I like them as a company…so I asked for a number at Target Corporate and no-one could provide me with a contact number to relay this feedback. It turns out the most senior member of the customer team has zero contact at all with Target Corporate. Astonishing.

As such, I am sharing this feedback here. I hope someone at Target stumbles on this and this can provide food for thought to prevent future customer issues. In an age where Amazon is crushing all the brick-and-mortar retailers, you simply can’t compromise on customer service, particularly when the problem can be solved with a simple phone call to your brick-and-mortar stores.