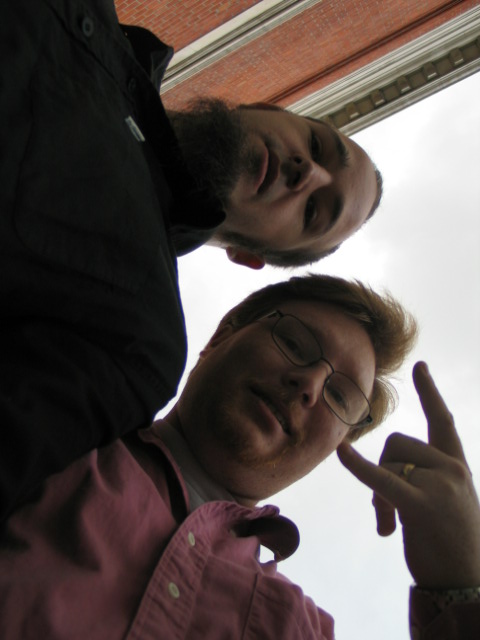 Today (well technically the 30th) Stuart ‘Aq’ Langridge enters yet another decrepit year on his prolonged marathon of bothering us all. Not long now and he will be fully fossilized. I am not sure what an angry ginger fossil looks like, but I am pretty sure it is hilarious.

I first met Aq in 1999 at the Linux User Group I formed in Wolverhampton. Since then we have been the best of friends. We have weathered changing companies, moving countries, setting up businesses, various relationships, trying to sell houses, and spent approximately a third of our lives trying to outfox each other in debates (of which many of you may have overheard on Bad Voltage, LugRadio, and Shot Of Jaq).

At every step of the way in my life Aq has been there. He has been a friend in the truest sense of the word; he has motivated me, inspired me, told me when I am being an idiot, and kept me focused on the most important things in life. When I moved to California I was really genuinely worried we would drift apart as friends, but I am delighted that we are as close as we have ever been.

As such, I for one am thankful that approximately 125 years ago he was born on this day.

Tonight I expect to read tweets as he celebrates, complaining about terrible music and the overly frothy head on his pint, while hypothesizing on yet another computer to buy that isn’t a Thinkpad. Oh, and liking ridiculous yellow sports cars. And thinking Fear Of The Dark is Iron Maiden’s best album. Irrespective, it is a worthy celebration.

Thanks, comrade, for everything. 🙂