Cutting the Cord With Playstation Vue

We just cut the cord, and glory is ours. I thought I would share how we did it to provide food for thought for those of you sick of cable (and maybe so people can stop bickering on my DirecTV blog post from years back). 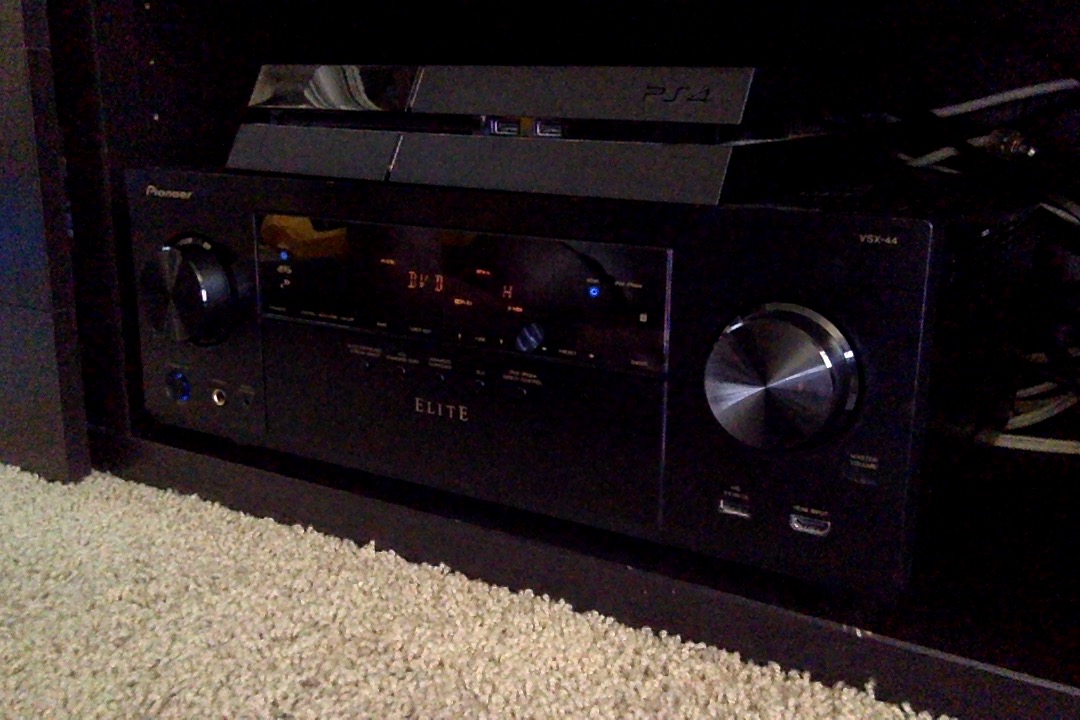 I will walk through the requirements we had, what we used to have, and what the new setup looks like.

The requirements for us are fairly simple:

Our previous setup had most of these requirements in place.

For TV we were with DirecTV. We had all of the channels that we needed and we could record TV downstairs but also replay it upstairs in the bedroom.

We have a Roku that provides the streaming channels (Netflix, Amazon Prime, Crackle, Spotify, and Pandora).

We also have a cheap Blueray player which while rarely used, does come in handy from time time.

Everything goes into Pioneer Elite amp and I tried to consolidate the remotes with a Logitech Harmony but it broke immediately and I have heard from others the quality is awful. As such, we used a cheaper all in one remote which could do everything except the Roku as that is bluetooth.

At the core of our new setup is a Playstation 4. I have actually had this for a while but it has been sat up in my office and barely used. 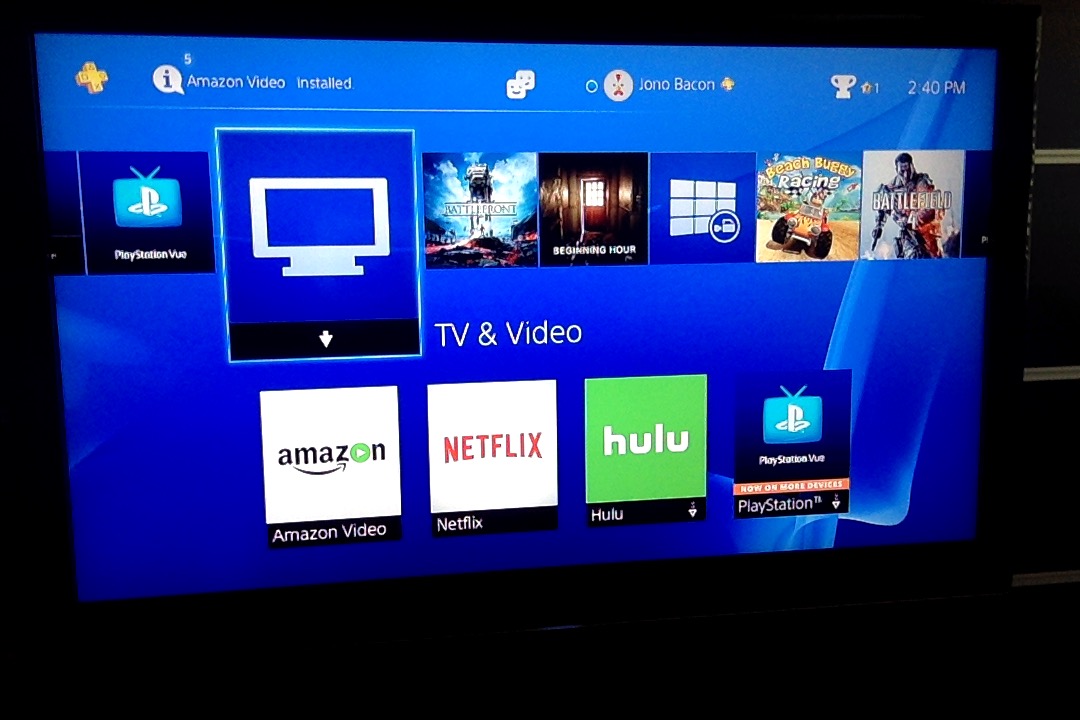 The Playstation 4 provides the bulk of what we need:

For the TV we are using Playstation Vue. This is a streaming service that has the most comprehensive set of channels I have seen so far, and the bulk of what we wanted is in the lowest tier plan ($40/month). I had assessed some other services but key channels (e.g. Comedy Central) were missing. 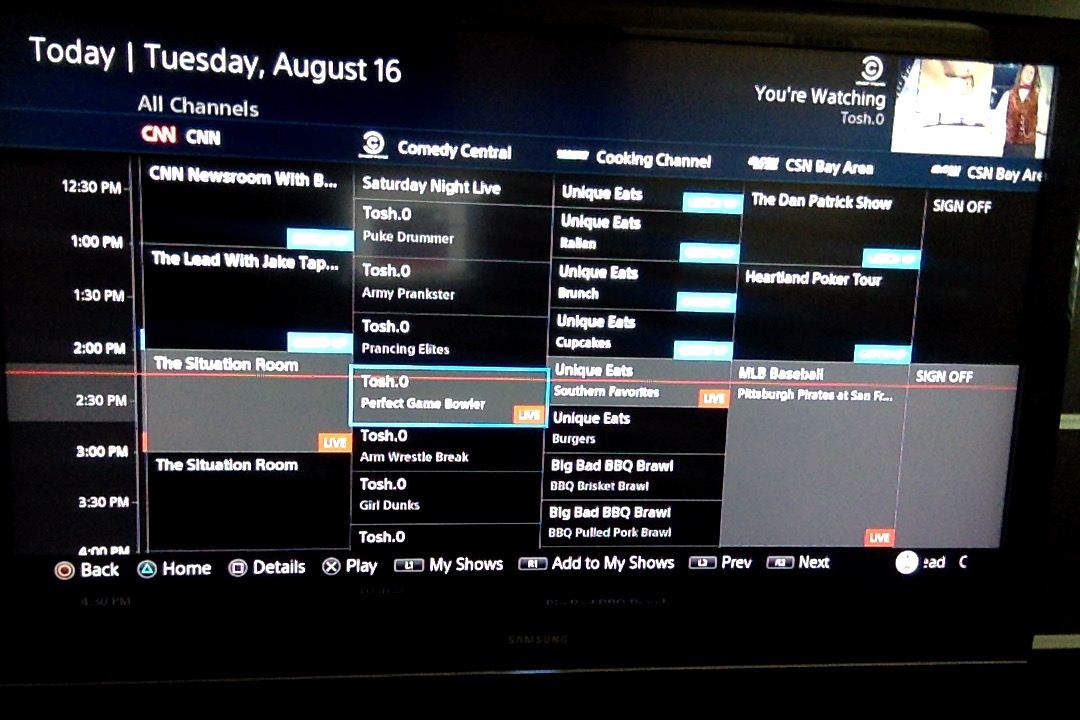 Playstation Vue has some nice features:

In terms of the remote control I bought the official Playstation 4 remote and it works pretty well. It is still a little clunky in some areas as the apps on the Playstation sometimes refer to the usual playstation buttons as opposed to the buttons on the remote. Overall though it works great and it also powers my other devices (e.g. TV and amp), although I couldn’t get volume pass-through working.

Networking wise, we have a router upstairs in the bedroom which is where the feed comes in. I then take a cable from it and send it over our power lines with a Ethernet Over Power adapter. Then, downstairs I have an additional router which is chained and I take ethernet from the router to the Playstation. This results in considerably more reliable performance than using wireless. This is a big improvement as the Roku doesn’t have an ethernet port.

Overall, we love the new setup. The Playstation 4 is a great center-point for our entertainment system. It is awesome having a single remote, everything on one box and in one interface. I also love the higher-fidelity experience – the Roku is great but the interface looks a little dated and the apps are rather restricted.

Playstation Vue is absolutely awesome and I would highlight recommend it for people looking to ditch cable. You don’t even need a Playstation 4 – you can use it on a Roku, for example.

I also love that we are future proofed. I am planning on getting Playstation VR, which will now work downstairs, and Sony are bringing more and more content and apps to the Playstation Store. For example, there are lots of movies, TV shows, and other content which may not be available elsewhere.

I would love to hear your stories though about your cord cutting. Which services and products did you move to? What do you think about a games console running your entertainment setup? What am I doing wrong? Let me know in the comments!