The last house I used to live in was the first house since being a student. As such, that whole freedom of doing what you want with your house and making it you own resulted in a place that can only be described as…unique. As an avid gig-goer, I used to pick up all kinds of bits and pieces from gigs, and in many cases would hang out with the band and get some stuff signed and get photos taken. This material was all mounted in frames and hung on the wall. Before long the house resembled something like a Hard Rock cafe – stuff hanging on every wall, be it gig memorabilia, movie posters and props, action figures and other stuff.

My house today is very different, much less on the walls. Well, as I was tidying up today, I found some old gig memorabilia bits and pieces, so I figured I would take some pictures of them before they go into a drawer somewhere. I figured I would shove a few pics online. 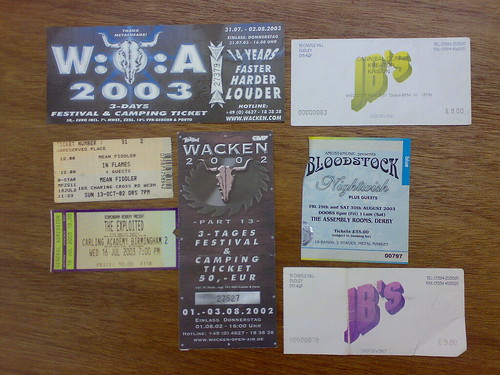 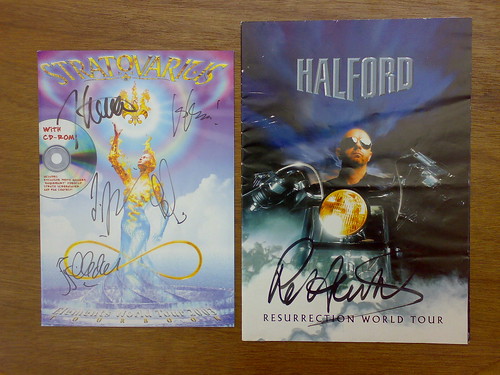 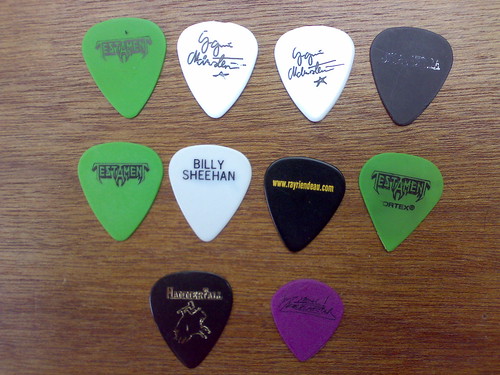 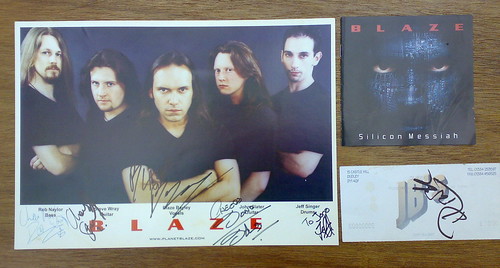 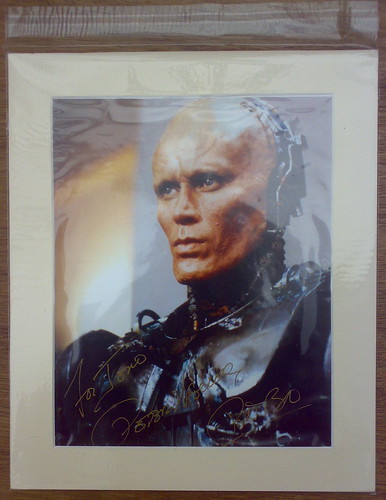 Most of the other stuff that used to be hung up got binned, including various movie props, drums sticks, plecs, tickets, programmes etc. Its a shame in many ways, but life is so much nicer without the walls being covered in this stuff. 🙂