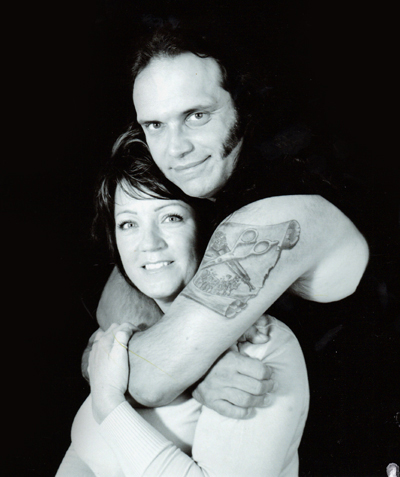 Blaze Bayley, former Iron Maiden singer and frontman of his own band Blaze recently had his wife Debbie pass away. While talking asbout this terrible news I found the following one of the saddest things I have ever read:

“Just as things really seemed to be going our way, Debbie suffered a second huge brain haemorrhage. She had brain scans and was taken into intensive care. After this, we think, she suffered another smaller bleed in her brain. However much reality I was faced with I refused to accept that there was no hope for recovery. But when reality is a top consultant doctor, spelling out bit by bit the true magnitude of Debbie’s condition, and when you are in his office with the people, who you have shared the hope, tears, and desperation of these days with you, and when you look at each other without needing words between you. Then it is no longer a case of fighting to keep hope alive, to stop the last shreds of hope being taken from you. But as the soft confident voice says the words that describe the condition of your loved one’s brain, then hope is given up. Hope melts away. It is something so precious but without worldly value and it is replaced silently and cruelly by a desperate fatalistic feeling, that feeling enters the soul that, now, has no hope”.

I don’t know Blaze other than meeting him a few times at gigs, and when I have met him he has been the nicest, most genuine guy I have met. Blaze, if you ever happen to stumble over this blog entry by random, or by someone else who knows someone, who knows someone else passing it on…hang in there brother, you are in our hearts.