On Thursday 28th April 2011 we released Ubuntu 11.04, the Natty Narwhal. It was a big release for us. It was the first desktop release that shipped Unity; our new desktop interface designed to bridge the chasm to get Ubuntu and the Free Software it encompasses to the masses.

Unity in this release was very much a first cut. I am hugely proud of the accomplishments of the Desktop Experience Team, Design Team, and Ubuntu Platform Team in delivering Unity in 11.04, but we all acknowledge that there is lots to be done. Quality has to come first and foremost in the Ubuntu experience, and Mark Shuttleworth affirmed that fit and finish is going to be a key goal for Ubuntu 11.10, the Oneiric Ocelot.

In Search Of Quality

As part of this focus on quality, the Canonical Design and Desktop Experience teams are committing their time to fixing some of the design and software bugs that have been reported since the Natty release. As is usual with software teams, bugs have been identified and assigned to respective developers and these bugs will be merged into future Unity releases.

In addition to this, serious bugfixes (such as crashers) are being released as Stable Release Updates for Natty. Currently the first Unity stable release update release is currently in the proposed archive and should be released to 11.04 users over the next few weeks. The team are also focusing on a second SRU update that will resolve further issues. Of course, these bug fixes will also make it into Ubuntu 11.10 too. These stable release updates will ensure that current and future Ubuntu 11.04 users will get an even more stable experience and the Ubuntu 11.10 release will set off on the right foot when it comes to stability.

Of course, there are many software bugs open for Unity (software defects, problems, and oddities), but there are also design bugs open too. Unity was not just a first cut of a software release, but also a first cut of a design delivered in a desktop edition of Ubuntu. As such, since 11.04 there have been lots of design problems and bugs reported too. We are really keen to ensure these issues are also resolved as the Unity design continues to mature and evolve.

John Lea, fearless designer on the Design Team, has worked with the team to process these design bug reports, work with the team on proposed solutions, and get these solutions signed-off. As such, we now have this list of design bugs that are focal points for being resolved in 11.10. Some of these bugs are assigned to Canonical developers, but not all are.

To help with this work, Jason Smith from the Desktop Experience team has been going into these design bugs and providing instructions on what needs to be done to fix them. This is hugely helpful for community volunteers to fix these bugs and help improve Unity.

How You Can Help

So let’s get to the heart of the matter. 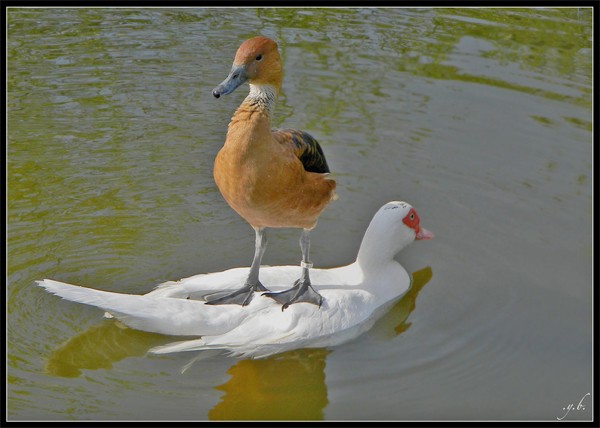 This really has nothing to do with this post, but…well, I just love ducks, and they are clearly the badasses of the waterfowl world.

Quality is something we can all improve. Whether you are interested in writing documentation, programming, testing, translating…there is a way in which you can help improve the quality of Unity in 11.10. Canonical is certainly investing in this, but we are an Open Source community and such the wider community we can all help.

If you are a developer and know some C++, you can make Ubuntu better for millions of people. A few hours of your time working on some of these bugs could bring great quality of experience to Unity and Ubuntu and help us to take Free Software to even more users as a stable, secure, feature-packed, and well-designed platform.

To get started, take a look at Jorge’s first post about Unity contributor plans in 11.10 – this post explains where to find the bugs, how to get started, where to find help and more. Jorge will be posting every week with new opportunities and bugs to work on and showcasing the great work of our community.

With the Desktop Experience team working on some bugs and also new features, and the community working to help bring an even higher-grade of quality and fix more bugs, together we can deliver a rocking 11.10 release!

I will be talking more in later posts about other ways of helping, such as documentation, translations and testing. I look forward to see the Unity contributor family growing, and don’t forget to come and join us in #ayatana on freenode.