Many moons ago, when computers were made out of oak and beige slacks, I recorded a heavy metal version of the Free Software Song that Richard Stallman cobbled together. When I recorded this song I didnt really have the right equipment to record a song, and consequently it sounded a bit rubbish.

Richard and I catch-up over email every so often and while he acknowledged the existence of the song, he didn’t really express whether he liked it. Maybe it wasn’t his style. 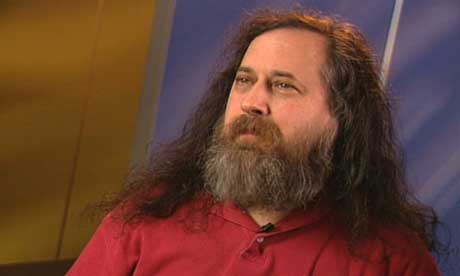 For a while now I have wanted to record a new version of the song, so one night this week I knocked together a new version and arrangement. First, some caveats:

Also, for the fun of it (and for you Kareoke and podcast YouTube video fans), here is the song without the vocals:

I would love to see some comedy Kareoke videos and mixes on YouTube from the instrumental cut. Could be fun. 🙂

This song is licensed as Creative Commons Attribution ShareAlike so feel free to share it, remix it, even sell it, just provide attribution to me and this blog entry first.