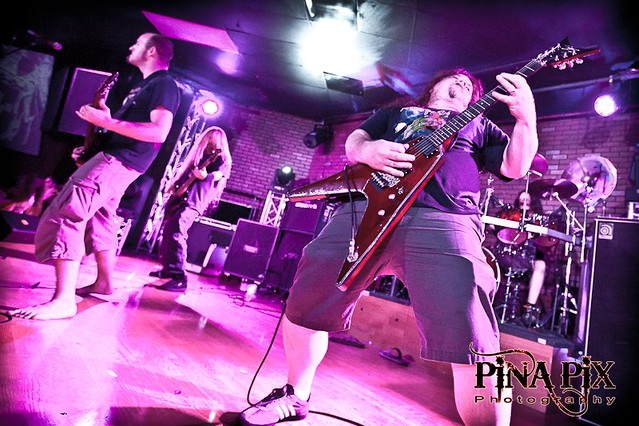 As some of you know I play in a metal band called Severed Fifth that releases it’s music under a Creative Commons license. You can listen to and download our album Liberate and here. Feel free to share it with your friends!

Well, on the Saturday night before UDS kicks off (Sat 5th May 2012) we will be the first band playing at a show in nearby Alameda. We will be opening for a new band called Black Gates which features Paul Bostaph on drums (ex-Slayer, Testament, Exodus) and former Anthax singer Dan Nelson.

The venue is called Roosters Roadhouse and it is a pretty cool little spot in Alameda. Getting a cab there from the UDS hotel won’t be that expensive (particularly if you split it with a few other people). Pre-sale tickets are $10 and on the door tickets are $13. You can buy tickets here.

If you are getting into Oakland on the Saturday (or earlier) you should come and see the show. We will be opening up the show so if you just want to come along and check out Severed Fifth and then take off early, that is fine too. Everyone is welcome!