Recently there has been a flurry of concerns relating to the IP policy at Canonical. I have not wanted to throw my hat into the ring, but I figured I would share a few simple thoughts.

Firstly, the caveat. I am not a lawyer. Far from it. So, take all of this with a pinch of salt.

The issue here though is with *intent*.

In Canonical’s defense, and specifically Mark Shuttleworth’s defense, they set out with a promise at the inception of the Ubuntu project that Ubuntu will *always be free*. The promise was that there would not be a hampered community edition and full-flavor enterprise edition. There will be one Ubuntu, available freely to all.

Canonical, and Mark Shuttleworth as a primary investor, have stuck to their word. They have not gone down the road of the community and enterprise editions, of per-seat licensing, or some other compromise in software freedom. Canonical has entered multiple markets where having separate enterprise and community editions could have made life easier from a business perspective, but they haven’t. I think we sometimes forget this.

Now, from a revenue side, this has caused challenges. Canonical has invested a lot of money in engineering/design/marketing and some companies have used Ubuntu without contributing even nominally to it’s development. Thus, Canonical has at times struggled to find the right balance between a free product for the Open Source community and revenue. We have seen efforts such as training services, Ubuntu One etc, some of which have failed, some have succeeded.

Again though, Canonical has made their own life more complex with this commitment to freedom. When I was at Canonical I saw Mark very specifically reject notions of compromising on these ethics.

Now, I *get* the notional concept of this IP issue from Canonical’s perspective. Canonical invests in staff and infrastructure to build binaries that are part of a free platform and that other free platforms can use. If someone else takes those binaries and builds a commercial product from them, I can understand Canonical being a bit miffed about that and asking the company to pay it forward and cover some of the costs.

But here is the rub. While I understand this, it goes against the grain of the Free Software movement and the culture of Open Source collaboration.

Putting the legal question of copyrightable binaries aside for one second, the current Canonical IP policy is just culturally *awkward*. I think most of us expect that Free Software code will result in Free Software binaries and to make claim that those binaries are limited or restricted in some way seems unusual and the antithesis of the wider movement. It feels frankly like an attempt to find a loophole in a collaborative culture where the connective tissue is freedom.

Thus, I see this whole thing from both angles. Firstly, Canonical is trying to find the right balance of revenue and software freedom, but I also sympathize with the critics that this IP approach feels like a pretty weak way to accomplish that balance.

So, I ask my humble readers this question: if Canonical reverts this IP policy and binaries are free to all, what do you feel is the best way for Canonical to derive revenue from their products and services while also committing to software freedom? Thoughts and ideas welcome! 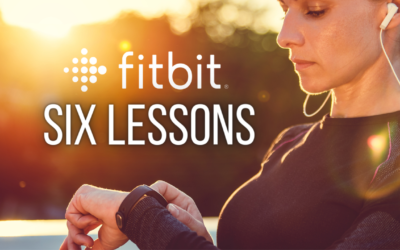 Fitbit has a truly passionate community of people who use their products and love the company. The Fitbit Community is made up of more than 1,122,022+ members from all over the world with various backgrounds. Fitbit provides an interesting approach to community...