Some of you may be familiar with LinuxVoice magazine. They put an enormous amount of effort in creating a high quality, feature-packed magazine with a small team. They are led by Graham Morrison who I have known for many years and who is one of the most thoughtful, passionate, and decent human beings I have ever met.

Well, the same team are starting an important new project called Beep Beep Yarr!. It is essentially a Kickstarter crowd-funded children’s book that is designed to teach core principles of programming to kids. The project not just involves the creation of the book, but also a parent’s guide and an interactive app to help kids engage with the principles in the book. 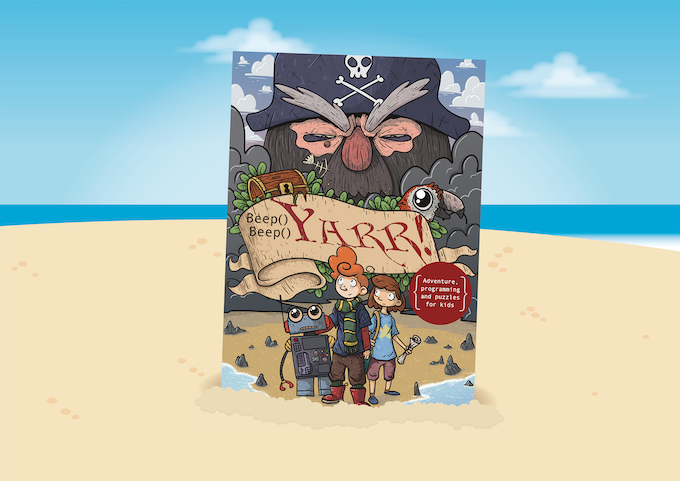 They are not looking to raise a tremendous amount of money ($28,684 is the goal converted to mad dollar) and they have already raised $15,952 at the time of writing. I just went and added my support – I can’t wait to read this to our 3 year-old, Jack.

I think this campaign is important for a few reasons. Firstly, I am convinced that learning to program and all the associated pieces (logic flow, breaking problems down into smaller pieces, maths, collaboration) is going to be a critical skill in the future. Programming is not just important for teaching people how to control computers but it also helps people to fundamentally understand and synthesize logic which has knock-on benefits in other types of thinking and problem-solving too.

Beep Beep Yarr! is setting out to provide an important first introduction to these principles for kids. It could conceivably play an essential role in jumpstarting this journey for lots of kids, our own included.

So, go and support the campaign, not just because it is a valuable project, but also because the team behind it are good people who do great work.